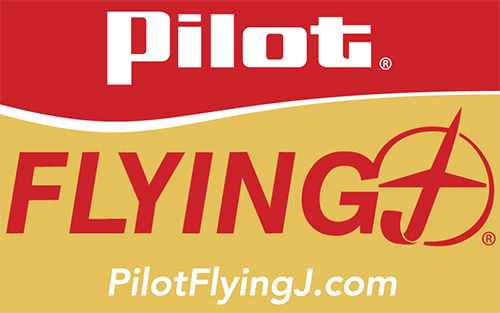 Last week, Warren Buffett’s Berkshire Hathaway struck a deal that would make it majority owner of Pilot Flying J truck stops by 2023. Berkshire Hathaway used stakeholder money to buy a 38.7 percent stake in Pilot Flying J. How much the firm paid is unknown. What is known, however, is that Buffett believes truck stops can be profitable for years to come, despite a shift toward battery-powered, robot-operated vehicles.

Pilot Flying J operates more than 750 stations across North America. The stops feed gasoline and diesel fuel to trucks and autos (and feed drivers with snacks and sodas around the clock). If you’ve ever taken a road trip, you’ve likely seen a truck stop owned by Pilot Flying J, since they operate in 44 of our 50 states. Impressively, Pilot Flying J is the United States’ 15th largest private company (1).

Berkshire Hathaway had money to spend, around $100 billion according to most sources (2). While how much of that $100 billion the firm spent on the Pilot Flying J deal is unclear, we do know Berkshire Hathaway plans to become a majority owner in six years when the firm moves up to 80 percent ownership around that time (3). Pilot Flying J, which is currently owned by Jimmy Haslam (whose family also owns the Cleveland Browns), might seem like an odd play, but Buffett is demonstrating his belief that trucking and road transport will be a profitable play in the future: “The company [Pilot Flying J] has a smart growth strategy in place and we look forward to a partnership that supports the trucking industry for years to come,” said Buffett in a recent statement.

So does this mean that the influential billionaire isn’t buying the shift toward battery-powered, automated vehicles? Not necessarily. I believe it more demonstrates his belief that fossil fuels will continue to lead the way in the near future AND the physical locations (more than 750 of them, remember) will be needed and useful in road transport regardless of what fuel is on top.

How did this deal come about? According to one source, “Jimmy Haslam, whose brother Bill is Tennessee’s governor, told CNBC the transaction with Buffett came together after mutual friend Byron Trott, who runs BDT Capital Partners LLC, introduced them in May.” The time might have been right for Buffett to make a big play on Pilot Flying J, which has been under scrutiny in recent years under accusations the company was withholding diesel fuel rebates from its customers. In 2014, the company paid a fine of $92 million. The bad publicity could have kept the price where Buffett was comfortable. Now, with Buffett’s move and the company’s strategic plan (hopefully we’ll learn details soon), Pilot Flying J truck stops appear to be on pace to fuel our cars and our bellies well into the future.